Hong Kong’s virtual banks in talks with Jetco for customer to gain access to 2,000 automated teller machines across city

Hong Kong’s eight virtual banks, poised to roll out their services in the next few months, are in talks with the city’s dominant operator of automated teller machines (ATMs) to give customers of branchless banks access to more than 2,000 ATMs across the urban centre.
The banks are in talks with the Joint Electronic Teller Services (Jetco), which operates 60 per cent of Hong Kong’s 3,300 ATMs, according to the network’s chief executive Angus Choi Ping-chung.

The discussions offer the eight virtual banks, which are not allowed to operate any physical branches under the terms of their license from the Hong Kong Monetary Authority (HKMA), a workaround that provides customers with the kind of convenience and access that they need, without compromising pledge by the virtual banks to disrupt bricks-and-mortar banking.

“This is a short cut … as it would be more cost-effective than setting up their own network,” said Louis Tse Ming-kwong, managing director at VC Asset Management. “Hongkongers still like using cash, so it is vital for the eight virtual banks to provide ATM services to allow customers to withdraw cash.” 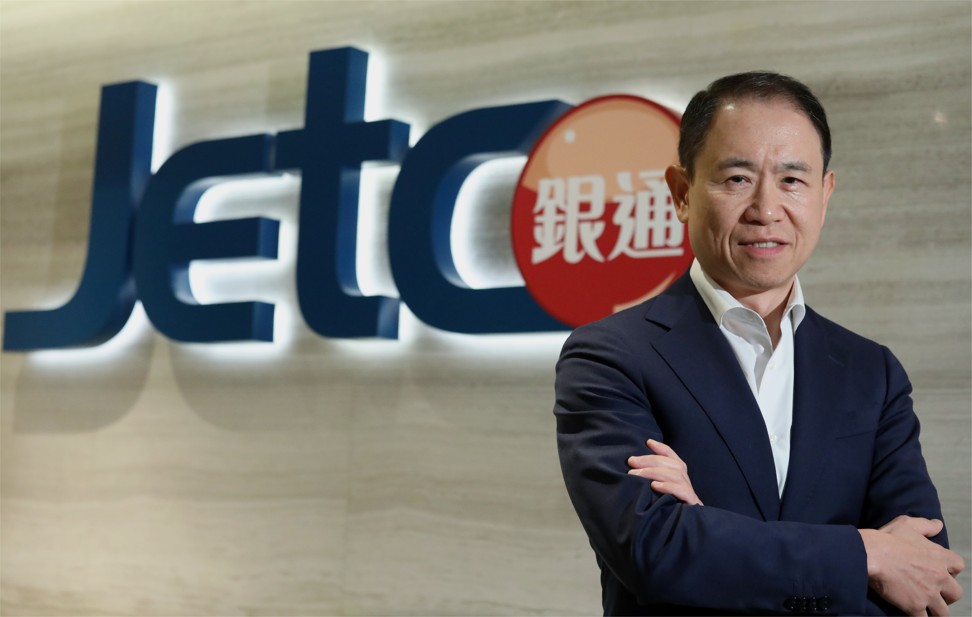 Hong Kong, with a population of 7.5 million residents, is served by 164 licensed banks operating 1,129 branches between them, augmented by a citywide network of 3,300 ATMs. With 44 ATM machines for every 100,000 residents, that makes the city one of the best-served markets on Earth, second only to Singapore, according to World Banks data.

That density of automated tellers, used by residents for withdrawals, deposits and for paying utility bills, present one of the biggest challenges for virtual banks, whose stated mission is to disrupt traditional financial services and force improvement through competition.

Jetco, whose shareholders comprise 30 banks including two of Hong Kong’s three currency-issuing lenders Standard Chartered Bank and Bank of China (Hong Kong), operates the city’s largest network, as well as 1,337 ATMs in Macau. The remainder of Hong Kong’s ATMs are owned and managed by HSBC and its subsidiary Hang Seng Bank.

The ATMs in Jetco’s network would let customers of virtual banks access the same services, complementing the online services promised by the new financial lenders.

“The virtual banks may opt to issue cards to customers to use the Jetco ATMs owned by other banks, or they can allow access through a mobile application on smartphones,” Choi said.

Mainland China’s virtual banks. Source: China Banking & Insurance Regulatory Commission. SCMP Graphics
Standard Chartered and Bank of China (Hong Kong) are among the eight companies that have been licensed to pioneer virtual banking in the city. The other licensees are ZhongAn Online, WeLab, Ping An Insurance Group’s subsidiary Ping An OneConnect, Ant Financial Services’ unit Ant SME Services, a Xiaomi-AMTD Group venture called Insight fintech, and the Infinium consortium – rebranded Fusion Bank – that includes Tencent Holdings, ICBC (Asia), and Hong Kong Exchanges and Clearing Limited (HKEX).
Virtual banks can account for about 5 per cent of all retail customers in western Europe and the United States, according to McKinsey’s research. In China, five of the country’s largest tech companies have already been operating virtual banks since 2014 while Japan allows branchless bank clients to withdraw cash at convenient stores.
Automated tellers, especially those carrying the livery of Bank of China (Hong Kong), had
been the targets of vandalism by radical protesters, as five months of anti-government protests descended into occasional bouts of street violence and mayhem. About 10 per cent of the city’s ATMs had been damaged, Choi said.
“Transactions [via the ATM network] had not been affected because customers just switch to undamaged machines for their needs,” Choi said.
Share news: