About this author: Tom Gosling is a seasoned board adviser with 20+ years of experience in corporate governance, including 15 years as a Partner at PwC. Tom is unique in being a practitioner who also has deep academic expertise and a rigorous understanding of evidence. He coaches board members and high performers in professional services, and advises investors, companies, and regulators on matters relating to corporate governance and responsible business. This article was originally published on Tom’s personal blog. 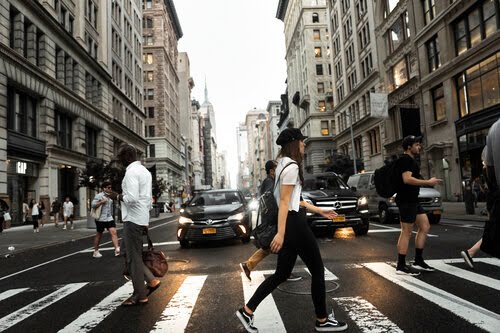 Despite welcome progress, the latest report from The Purposeful Company shows that pay reform is probably too timid to make much of a difference

I admit, I have an axe to grind

Going back to 2007 I’ve been arguing that simpler schemes based on long-dated restricted stock awards are likely to be a better way to pay CEOs than the complex long-term incentive plans (LTIPs) that are the norm today. My work reviewing the academic evidence with The Purposeful Company, summarised in our Executive Remuneration Report tbree years ago, has only reinforced this view. As has a career, until this summer, working as a remuneration consultant to the boards of some of the UK’s most important companies.

So I was pleasantly surprised last year, when putting together The Purposeful Company Study into Deferred Shares, to find that appetite amongst investors and companies for simpler schemes was much greater than I’d expected. This led to the Investment Association positively encouraging companies to consider whether restricted shares were right for their business. This year The Purposeful Company has reviewed progress on adoption of alternative LTIP models. We’ve seen restricted shares or related designs proposed by some major FTSE companies: BT, Burberry, Lloyds Banking Group, and Whitbread. All got approved, although Lloyds and Whitbread face ‘against’ recommendations from ISS and had to be content with voting support in the 60s. It wasn’t clear that ISS would find their way to supporting restricted stock plans in any large companies, where even the reduced grant size can remain large in absolute terms. So this year represents a significant positive development.

A clear pathway to reform…

So there is now a clear pathway to securing a high level of investor support for a restricted share plan, which as well as a clear strategic rationale requires the following specific design features:

· Reduction of 50% compared to the prior LTIP award level;

· An underpin prior to vesting to protect against payment for failure.

This represents remarkable progress, which probably wouldn’t have been anticipated back in 2016 when the Investment Association (IA) published the report of their independent Executive Remuneration Working Group. Indeed the Investment Association must be congratulated for showing persistence and good sense in enabling this change to happen. They provided the context for leading UK investors to build a consensus about the factors that were necessary for such schemes to secure support, leading to incorporation of such designs into the IA Executive Remuneration Principles and many UK investor and proxy adviser guidelines. They succeeded in facilitating their members in moving forward at a pace that preserved broad consensus.

…or a narrowly framed and underwhelming solution

Of course I’m pleased that an approach I’ve advocated for so long is now becoming viable. But I’ve a lingering concern about where we’re heading. What’s emerging is a strict one-size-fits-all model to adopting restricted stock, which is really a watered down version of what I’ve always had in mind, and which is unlikely to yield the hoped-for benefits.

It’s worth revisiting briefly the arguments from the academic evidence in favour of restricted stock:

· Performance conditions are shown across many studies to distort executive decision making, including leading to short-termism;

Of course, there is no single academic study that says that a restricted stock plan designed in accordance with XYZ design parameters causes higher performance. But the totality of the evidence is strongly in favour of restricted stock plans being a better norm than traditional LTIPs.

So why am I concerned by the direction practice is going? There are three reasons.

First, the very strong emphasis on a minimum 50% discount in award level is putting off some firms altogether from adopting restricted stock. For those that do adopt is pushing them towards the minimum five year deferral and holding period. From the point of view of long-term incentivisation and alignment, lengthening the time horizon of pay is a much bigger prize than lowering the quantum. Yet it is the discount that is being made the priority.

Second, by focussing purely on restricted stock as a replacement for LTIPs, we’re ending up in some cases in a position where the largest incentive pay opportunity comes from the annual bonus, which doesn’t feel like the right answer for long-term value.

Third, the rigid application by ISS and some shareholders of the IA guidelines as a rigid design template means that innovation beyond the one-size-fits-all framework are being discouraged.

Good plans are being rejected and innovation discouraged

A great example of the third point is Natwest (formerly RBS*) which has an extremely long-term pay structure. There is no annual bonus, the LTIP extends out to a maximum of eight years from grant, including for good leavers. And overall quantum is much lower than for a traditional LTIP. As Norges Bank Investment Management identified at the point the plan was approved, this is exactly the type of construct we should be encouraging. But the leaver treatment on the LTIP doesn’t tick the box, as there is no pro-rating for good leavers (which, as an aside, has two beneficial impacts: the remuneration package does not become progressively more short term as an executive approaches retirement and ability to apply signifiant malus well after an executive’s departure is very much enhanced). Because of this failure to tick the box, ISS consistently recommends against the remuneration policy (and this year against its implementation) leading to a running battle to maintain investor support. Faced with this situation, many remuneration committees decide it isn’t worth the hassle.

Other beneficial innovations would likewise be dead on arrival. One example would be combining the significant part of a CEO’s first five years of compensation into a one-off restricted stock award made on joining, vesting over five years and related pro-rata between five and ten years from joining. Such a model, potentially combined with co-investment, would create immediate alignment while also creating stronger leverage relative to the CEO’s joining price. But who’s going to try that in the face of near certain knowledge that the computer will say no?

Investors, companies, and proxy advisers need to work together to shift market practice. But we need to resist the temptation to criticise the latter. Many market participants we’ve spoken to over the last twelve months have put the blame for inflexibility at ISS’s door (it should be noted that Glass Lewis and the IA have tended to take a more flexible approach to restricted stock plans). ISS are indeed the dominant recommendation-based adviser in the UK and evidence suggests they have a material causal impact on voting outcomes. But blaming them for the problem is like non-voters complaining about the Government. ISS adopts the positions they do because it is their read of their clients’ consensus view. That may be genuinely representative or it may ignore a silent majority who don’t engage actively with them on their policies. Either way, it is the investors that will need to make their views known if we are to see more progressive change.

First, there needs to be greater focus on the prizes of simplicity and longer time horizon, and less on the reduction in quantum. Of course, reduction in risk must lead to reduction in quantum. But the rigid adherence to 50% is having unintended consequences in driving companies to the minimum acceptable term. Investors need to accept a trade-off between longer incentive timeframes and the discount, with longer deferral beyond five years enabling a lesser reduction .

Second, although it may be make life more difficult for remuneration analysts, we need to be encouraging deeper reform that encompasses bonuses as well as LTIPs. This may lead to different considerations around discounts and deferral terms to create sufficiently attractive packages for participants. It may also lead to a different balance between one off and regular awards. It also means that there needs to be more of a focus on the competitiveness of the end state, as opposed to comparison with the starting position.

Third, as new models are developed, investors and proxy advisers need to drop their uncompromising adherence to second-order red-line issues, which may have been relevant in the past, but are much less so for some of the new designs we’d wish to see. If companies are going to redesign entire packages including bonus as well as LTIPs then issues like pro-rating need to be considered in a more balanced way, alongside discounts.

But none of this will happen unless investors want it, and are prepared to engage with ISS to make it so.

We’ve made some progress, and I’m pleased about that. But it does feel like two steps forward and one step back.

*Disclosure; I acted as the remuneration committee adviser to RBS when I was a Partner at PwC, but my comments are made in a personal capacity and cannot be taken to reflect the views either of Natwest or PwC

(This post is republished with permission from author‘s personal blog. )